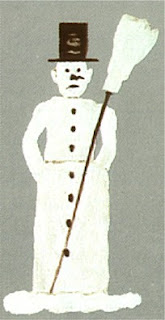 This 'Schneemann' (snowman) was one of a pair that adorned the tower of U-boat 201 along with the crest of the German town of Remscheid. 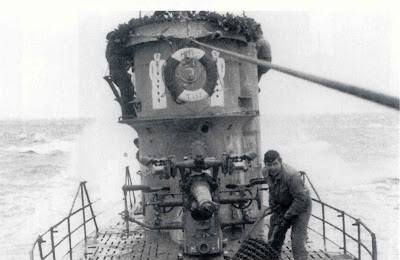 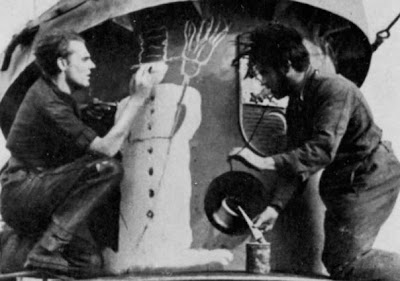 U-boat 201 became famous while under the command of Kptlt. Adalbert Schnee, who also commanded the U-boats U-6, U-60, U-121 and U-2511, sinking twenty-one merchant ships on twelve patrols. His last name, Schnee, means "snow" in German and thus the snowman was a natural choice of emblem for his vessel. Two versions of the snowmen were painted during U-201's service. When commander Schnee received his Knights Cross in August 1941, the Snowmen of course got one as well. 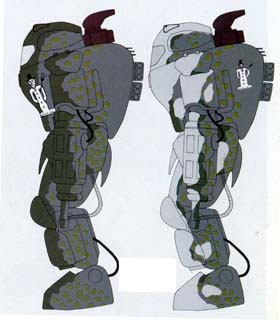 In the Ma.K universe this snowman was initially the personal insignia of Lt. Giotto Uffizi who was a member of the Mercenary Army's 44th Armoured Huntsman Regiment. The snowman was originally painted on the breastplate of Uffizi's AFS Mk. 2 during 'Operation Sherbet Garden' (the name of the Mercenary's strategy to capture the port city of Arkhangelsk ). When a winter whitewash was applied to the front of the suit during the campaign, the snowman was repainted on the engine compartment.

Lieutenant Uffizi was eventually promoted to Captain of the First Independent Experimental Fireball Company, subsequently his personal snowman insignia, which he had first used during his deployment in Northern Europe with the 44th Armored Huntsman Regiment, became the emblem of the new unit with the addition of a crescent moon.

The purpose of this blog is to hopefully inspire Ma.K fans by informing them about the real history behind the iconic emblems and insignia that have become an integral part of the background of this hobby. As they say, truth is stranger than fiction, and it's hoped that these interesting historical anecdotes might prove fun to read and provide just the spark for your next Ma.K project.

I would like to warmly thank the following people ...
William Chen, for graciously allowing me to link to his Maschinen Krieger kit scans.
Bryan Krueger, for rekindling my interest in this hobby, sharing his wealth of Ma.K knowledge and putting me onto Blogger.
Todd McGee, for kindly allowing me to use his invaluable translations, for providing me with an astonishing treasure trove of materials and for answering my many Ma.K questions.
Shane Mace, for generously sharing his translations with me and allowing me to access the wealth of scans and images on his website.